According to statistics from the Clean Energy Council, over 2 million Australian homes have installed solar panels.

Unfortunately, little is known about the number or level of solar cells’ efficiency.

Ideally, the most quality silicon solar cells perform at an efficiency level of 26.7 percent. While this figure seems low given that the efficiency is as per lab conditions, these tiny efficiency achievements by physicists and chemists is certainly a huge deal.

But hey, before you frown at the professionals, it’s worth noting that the amount of the sun’s energy that a solar system can translate to electricity has a limit.

For example, the high efficiency silicon solar cell gains for a standard silicon solar panel is about 32 percent. And this is theoretical, but in real sense, the efficiency of silicon rooftop solar system tops at around 20 percent.

So, what causes the 32 percent limit and can we go beyond it?

While rooftop silicon panels are viable and can recoup their cost within a couple of years in terms of energy generation, they can actually do better in converting sunlight into electricity.

First, we need to understand how solar cells operate and generate power from sunshine and the roles played by their nuts and bolts.

Let’s now analyse the silicon solar cells consideriting that they are more common.

Silicon cells feature silicon wafer which is combined with small contents of other components, enabling electrons to move around a given circuit in a certain direction to generate electricity.

Usually, the electrons present in silicon atoms go around in a “valence band”. When in this band, the electrons are restricted from freely moving back and forth, turning the silicon into an insulator.

However, when electrons gain adequate energy, they bounce into higher energy “conduction band” which allows them to be mobile and free to generate electrical current.

In this case, the “band gap” refers to the energy required to jump between the conduction and valence bands.

Within the solar cells, there exists sunlight in form of photons which provide the energy-kick electrons required to pass through the band gap. This band gap in silicons is equivalent to 1.1 electron volts.

How does the silicon efficiency limit come about?

The calculation is complex and takes into consideration several factors. But, the main factor is that when it comes to electricity, not all photons are created equal.

The sun releases a high number of photons ranging from infrared to ultraviolet. However, redder photons transport less energy compared to their counterparts in blue. Eventually, that forms a huge proportion of about 20 percent sunlight hitting a solar cell that can not hold enough energy to offer a boost of a mere 1.1 electronic volt.

What becomes of the two-thirds of the sun’s energy?

Normally, weak photons end up becoming wasted energy, and which is referred to as transmission loss. On the other hand, there are masses of photons that are considered too energetic.

When it comes to the silicon solar cells, transmission and thermalisation account for around 20 and 35 percent respectively, of energy efficiency losses.

The remaining 15 percent or thereabout becomes energy lost as a result of optic and thermodynamic quirks.

Is the 34 percent max efficiency final?

Of course not. Chemists and physicists are busy researching on more effective ways of catching energy usually lost during thermalisation and transmission to transform it into energy.

One way of overcoming the problem of thermalisation is stacking layers of solar cells, with each one having to absorb its own share of the spectrum.

The secret is to get an old, tried and tested silicon and use it alongside a semiconducting material so as to create “stacked” solar cells.

Solar cells that are stacked have been used for decades but in devices that are only powered by solar like spacecrafts and satelites.

Unfortunately, they were made from gallium-arsenide which still costs approximately $300 per watt—nearly 100 times more costly than the silicon panels.

Thankfully, there’s a new group of materials known as perovskite that are quite promising and which have moved from being obscurity to awesome in a very short period of time.

Besides being cheap and made of readily available materials like lead, another best thing about perovskites is that they have a flexible band gap that can be “tuned” based on their chemical composition.

Recently, researchers at Oxford stacked one perevskite that could catch high energy, bluer photons atop a silicon cell, which managed to catch lower-energy photons near the red-ended part of the spectrum, thereby creating a “tandem” or stacked solar cell with 28 percent efficient.

Currently, tandem solar cells are capable of harvesting more energy from the sun than silicon or perovskites alone. When these cells are combined, then the limit can be exceeded.

There are other complex and high energy photon using techniques that are being manipulated to allow solar panels to make use of them without generating too much waste heat.

Efforts are also being made to catch and also manipulate some two low energy photons in order to create a single high-energy photon. This process is referred to as photon upconversion.

Meanwhile, research shows that perovskites are generally made from toxic materials such as lead and as a result degrade more rapidly than silicon, especially when they become wet.

The silicon solar cells come with a 25-year working guarantee  after which they still perform at about 80 percent of their original efficiency.

Should I Buy Solar Batteries In Cairns? 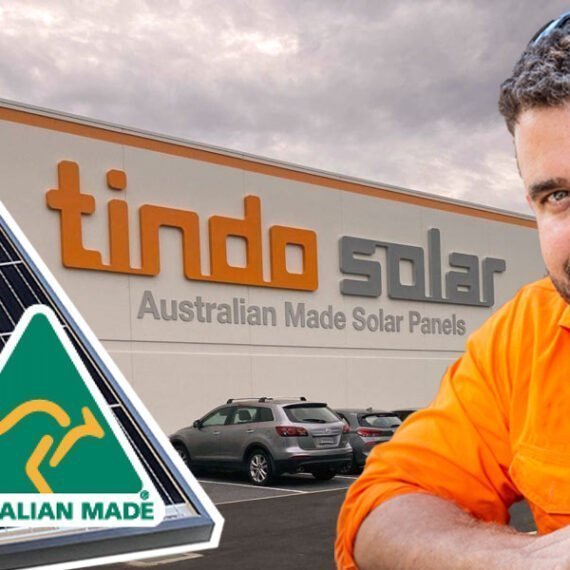