Email: [email protected]
Hours: Mon-Fri: 9am – 4pm
Get Directions
Home
News
Transport
What Is EV Bi-directional Charging and How Does It Work? 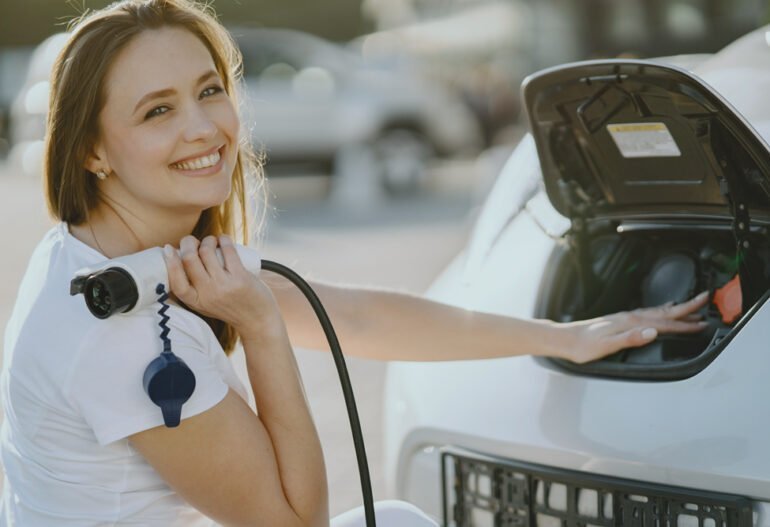 Transport 1 March 2022 Darryn Van Hout Comments: 0
What Is EV Bi-directional Charging and How Does It Work?

As electric vehicles in Cairns continue to gain traction, like what we are seeing across the rest of Australia, car buyers are becoming more futuristic in their decisions even as they give preference to environmental benefits and low running costs regardless of heightened concerns about initial costs, driving range, charging station infrastructure among others.

Let’s start by making it clear that the technology is new, and there are no one stop bi-directional charging experts in Cairns, or even Australia as of yet. As a veteron licensed electrician, accredited solar installer designer, who owns and runs the best solar energy company in Cairns, I can safely say that Brenton Hielscher is pioneering the electric vehicle charging and solar storage space in Cairns through his enthusiasm with clean energy technology in Cairns. This combined with Tim Nicholson, a motoring specialist from RACV and someone who Hielscher consider to be an expert in the field has shared research that includes the consistent important facts that are now shared with you so that you can begin to understand the benefits and features of EV bi-directional charging in Cairns. Like Brenton Hielscher, Nicholson is and expert in the clean energy field and known to be a leading supplier of solar panels, batteries and energy saving solutions in Victoria.

What a mouthful! Let’s dive in….

A vehicle that features bi-directional charging capabilities—also referred to as vehicle-to-home (V2H) or vehicle-to-grid (V2G) charging, will not only charge the electric vehicle battery with power from the main grid, but can also export energy back to Ergon Energy’s grid as well as power a home by using electricity from the electric vehicle battery. Ultimately, it allows your electric car to act as your home energy battery, storing power to be used later in your home or exported to the grid. Similar to how solar panels work on your home.

How does EV bi-directional charging work?

This is done using a converter that is usually in-built within the vehicle or installed within the charger. When you want to export energy to the grid or power your home using the energy stored in the electric vehicle’s battery, the DC electricity sourced from the vehicle has to be converted back to AC energy. This is only possible using a EV bi-directional charger which resembles the normal electric vehicle charger installed in your home.

Bi-directional charging is currently under trial in the United States, Denmark and in the United Kingdom where it’s being utilised to power homes, offices and tools in the aftermath of catastrophic weather events and severe storms that have taken place in countries like Japan. According to Nissan, the 62kWh battery in their Leaf e+ is capable of storing enough clean energy to power the average home in Japan for up to four days.

Is bi-directional charging in Cairns?

Once the EV bi-directional charging units are tried, tested and approved by all the relevant authorities, only then will this new ground breaking technology hit the Australian market. This is expected to take place around June 2022 however subject to supply chain disruptions. When the technology is released, Hielscher Electrical Cairns and RACV Victoria hope to participate in a bi-directional charging trial. So watch this space.

No! Only electric cars designed to include a CHAdeMO charging port can safely allow bi-directional charging and here in Cairns, this is limited to two electric car models on the market—the Nissan Leaf electric vehicle and the Mitsubishi Outlander plug-in hybrid.

Other electric vehicles feature the common CCS2 charge port which is a generally accepted standard across the globe. Notably, a draft standard to govern bi-directional charging using CCS2 is planned for release later this year.

Popular electric car makers including Tesla, BMW, Honda, Volkswagen and more are projecting the release of a bi-directional functionality in their subsequent electric vehicle models.

How much does bi-directional charging unit cost?

The price of electric vehicle bi-directional charging units on the Australian market is yet to be announced, though car buyers can expect to part with about $5000-$6000. With dynamic international supply chain disruptions caused by current geopolitical activity coupled with Australian supply chain issues caused by extreme weather that has lead to severe flooding in Brisbane and Northern New South Wales, I anticipate an increase between now when this post has been researched and published and when the technology is to be released.

How much money will I save by installing a bi-directional charger?

An electric car inbuilt with bi-directional charging capability can effectively handle the role of a home solar storage battery allowing the homeowner to store excess energy that can be used later to power the home or exported back to the grid.

When the energy that charges the vehicle is from a cheap or free source like solar power generated by your rooftop solar panels, a free electric vehicle charging station at a nearby shopping centre or even at your workplace, then your household energy bills are bound to reduce significantly.

Alternatively, you can sell the excess clean energy back to the grid or charge your electric vehicle off-peak and sell clean energy to Ergon Energy during peak times from afternoon through to evening hours, thereby optimising your profits.

According to Ben Warren, national manager of mobility and electrification at Nissan Australia, owners will still have some charge in their electric car batteries by the end of the day.

For instance, the driving range of the Nissan Leaf e+ is 385km while a normal daily commute round trip is only 32km, hence a fully charged car battery might still hold approximately 350km of range (around 57kWh of battery storage capacity, of the 62kWh) remaining in the electric car battery by the time you get home.

Ben adds that electric vehicle owners have the chance to set user parameters via their smartphone app. For instance, you can ensure the electric vehicle battery charge doesn’t go below 35 percent when releasing power to your home.

When the electric car battery hits 35 percent, the bi-directional charger automatically shuts down and the home reverts to sourcing power from the main grid.

Darryn Van Hout
I took an interest in the Australian energy sector close to ten years ago and since then have monitored the trends, technologies and direction of the Australian Energy Market. I was drawn to the Australian solar market in 2008 and since then have worked heavily in the field. I am partnered with national and international solar energy companies, from manufacturers of solar panel and inverter technology, online software developers that introduce tools to quote, monitor and manage solar power systems and media organisations who like myself, closely monitor the solar and renewable energy sector. 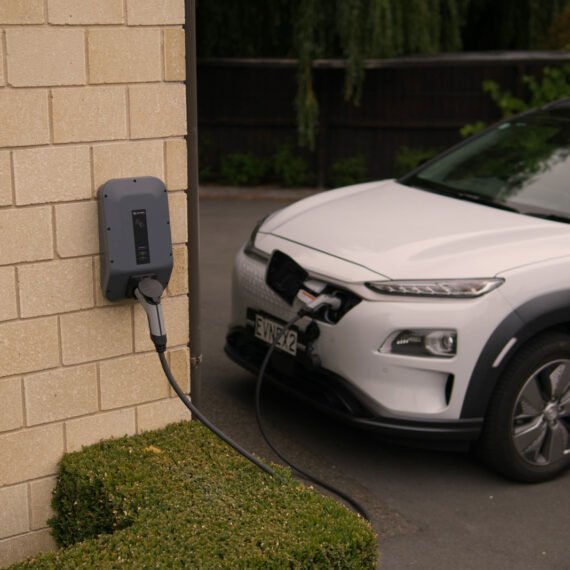